The first stage of Can-Am X Race ATV series took place on 27th – 29th of April in Volgograd region. The route of the competition has been divided into seven special stages with the total length of the competition trail exceeding 340 km. 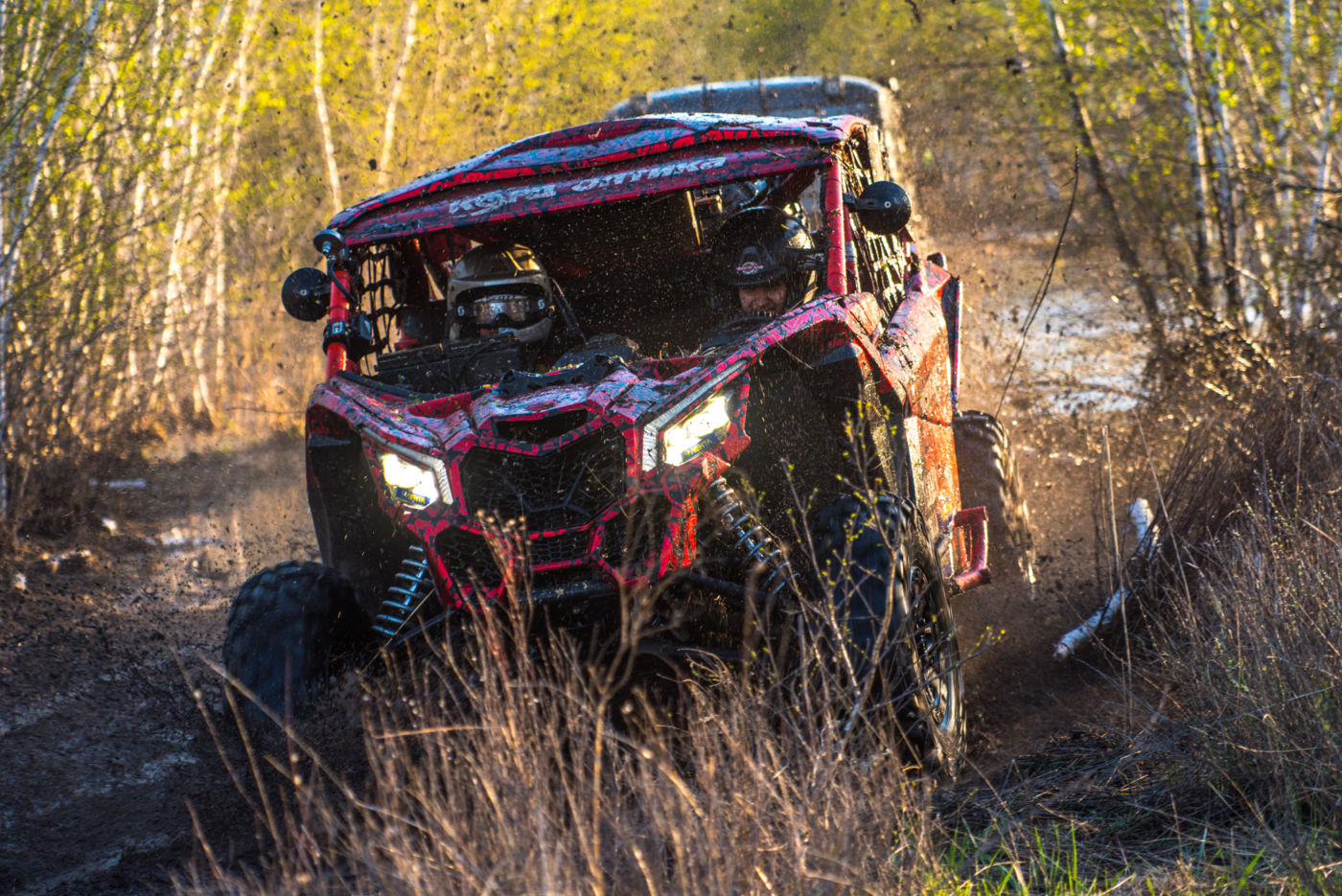 The organizers have planned to build the trail on two banks of the Don river with ferry crossing. But long and cold spring and strong flood have forced the race to stay on one side of the river. This fact did not stop the organizers from including all possible terrains into two racing days. The sportsmen have faced crazy mix from sand barchans, windy forest clear-cuts, tricky silty fords and high-speed field roads. All this natural abundance, generously flavored with complicated navigation tasks, left no doubts that the first stage won’t become an easy walk and a “warm-up” after the winter sleep. The results of the race have completely confirmed it. 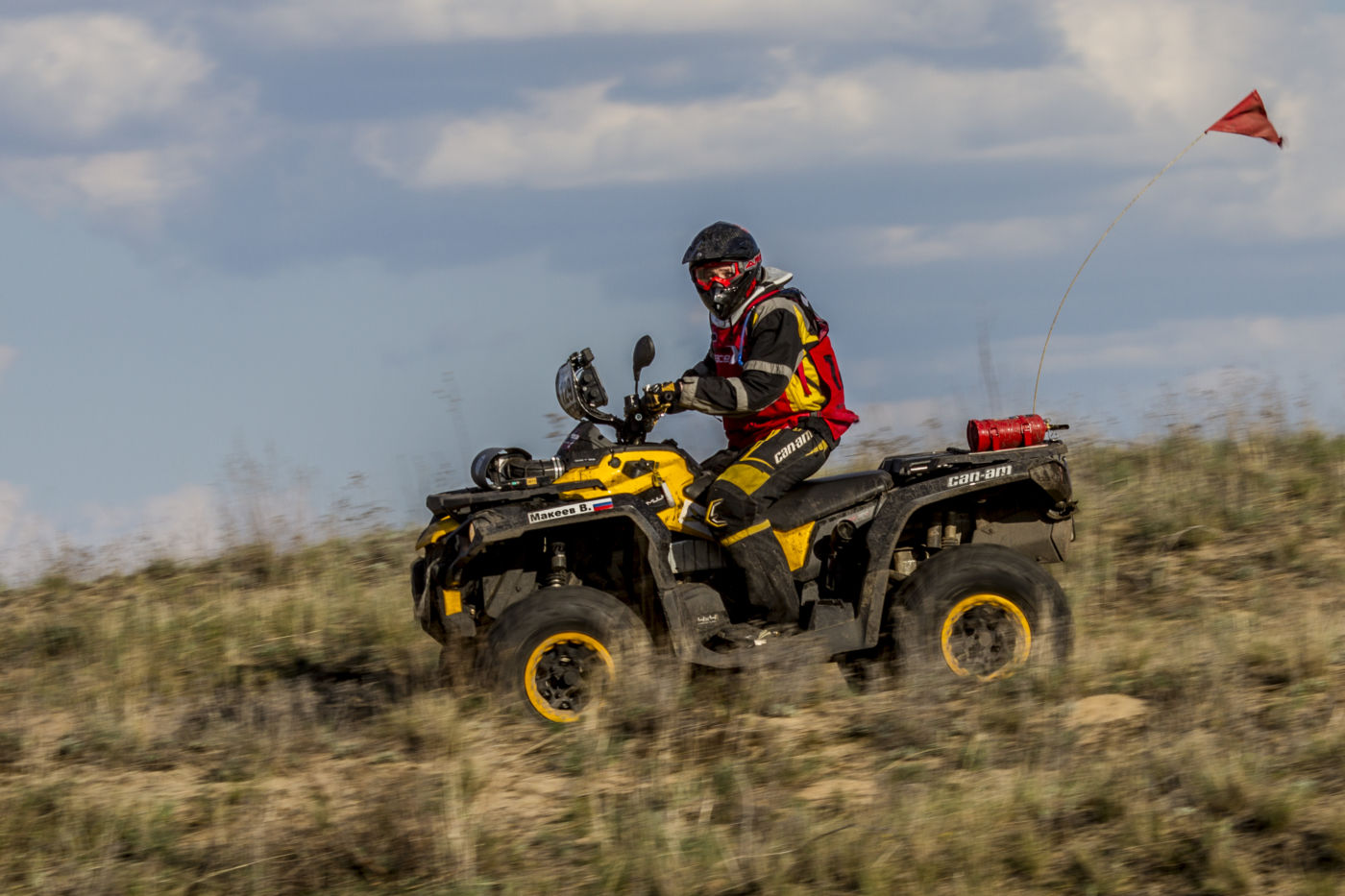 Few years ago most of the sportsmen have been choosing ATV and SSV Standard categories. This year most of the sportsmen decided to participate in SSV Super Sport. 25 teams took place in the most crowded category, which accounts for 1/3 of the total number of sportsmen, participating in the race. The team from Naberezhnye Chelny – Radik Garifyanov and Richat Shaikhulov – became the winners with strong advantage. It is our pleasure to mention the victory of the team of Azat Minnikhanov and Ilnaz Gizzatullin in SSV Sport. For several consecutive years they have always been in the middle of the class and were showing good results. Finally, they are bringing the cups of the Gold prizewinners to Kazan. 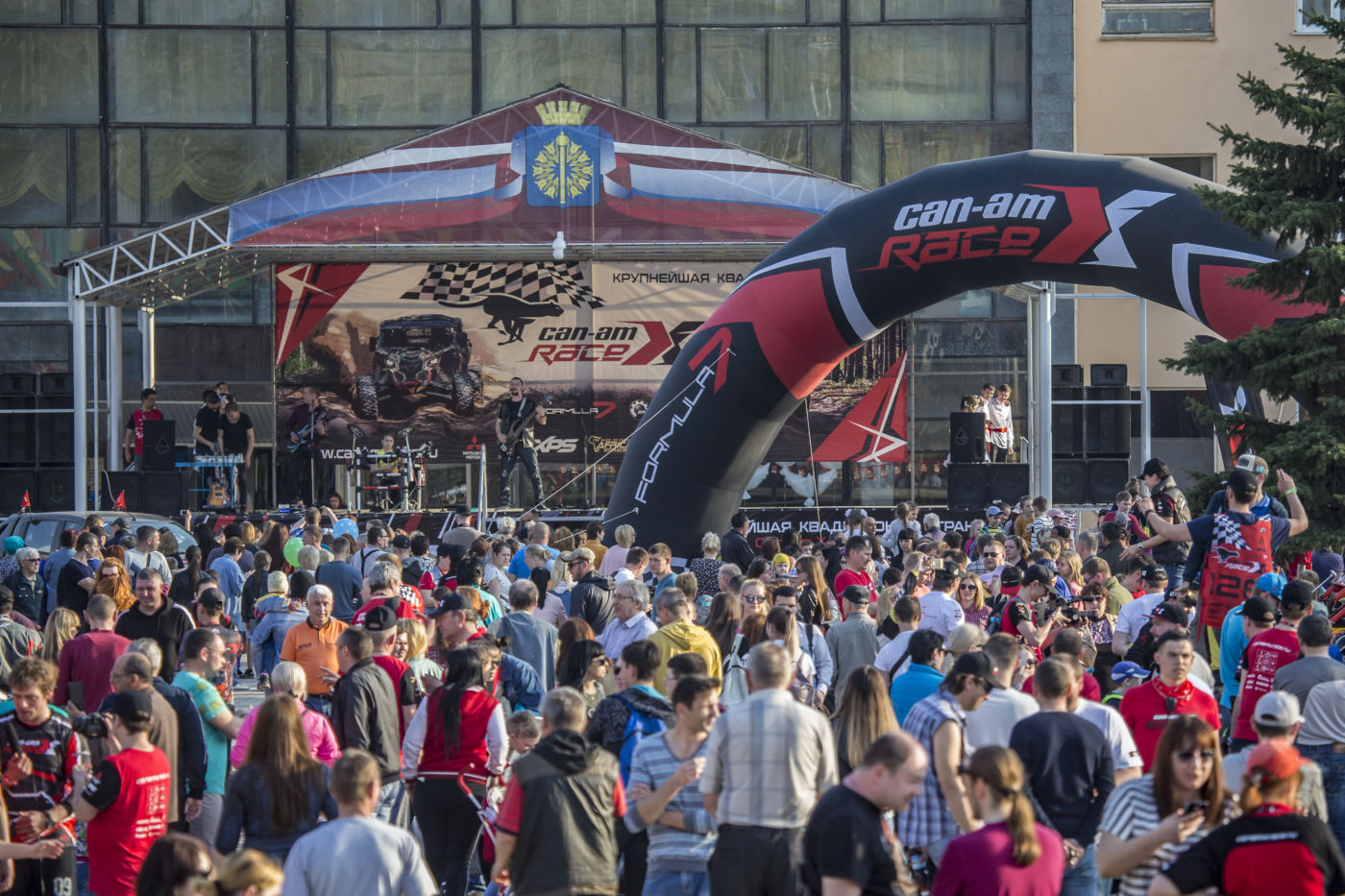 Sergey Khramushin also went a long way to become a winner of the Can-Am ATV series in ATV category. Anatoly Kuznetsov and Alexey Smolin have set the goal to become the winners in SSV Standard in the season of 2018, and they are moving on to achieve their goal – they are the winners of the first stage.

2nd Stage: The Republic of Udmurtia: when dreams come true

Izhevsk and the Republic of Udmurtia have left only the fondest memories. The base camp was located at the territory of Nechkino resort. That was one of the best locations for the whole 9 years of existence of the Race: convenient infrastructure, beautiful nature and warm hospitality. The program of the second stage of the competition consisted out of 6 special stages with total length of 269.78 km. The competitors were going head-to-head; 17 teams have shown time with the difference of few seconds at the last special stage. 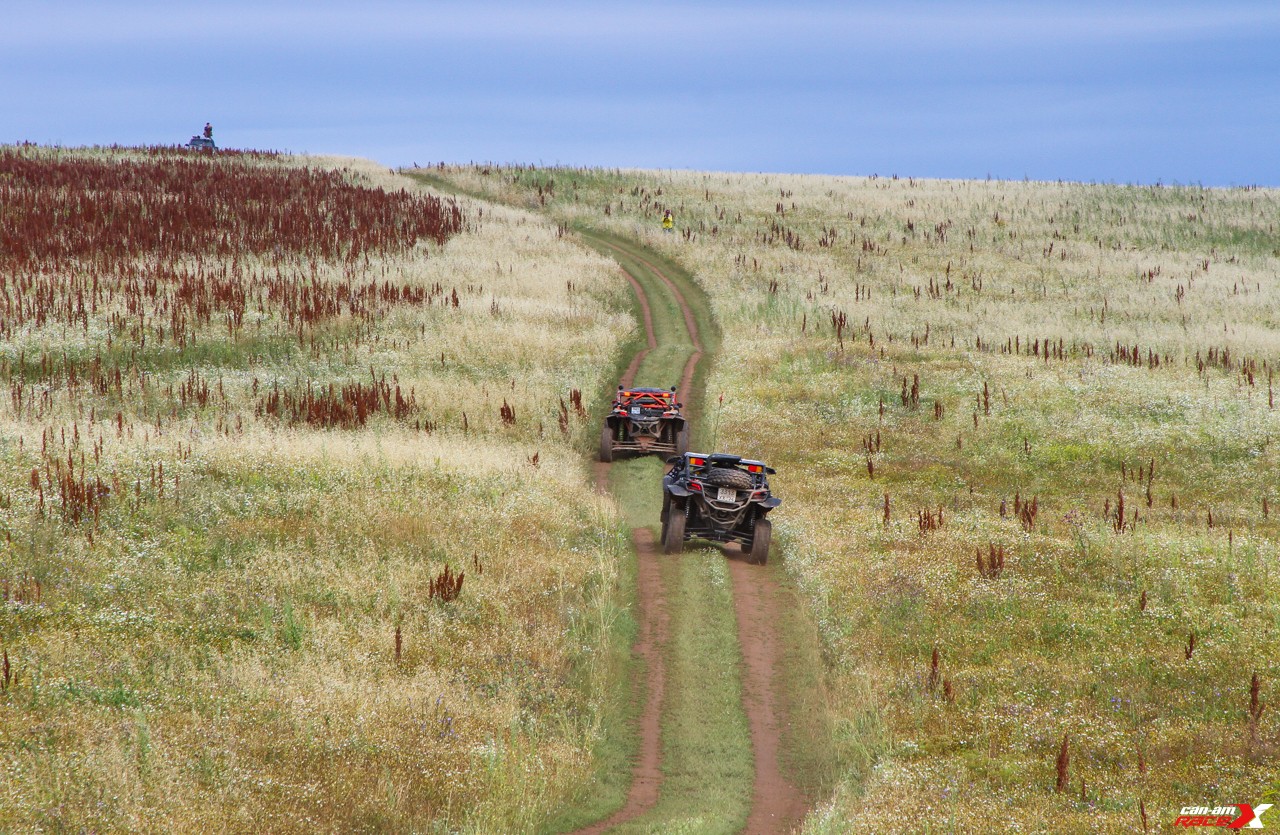 The winner’s podium hasn’t changed in the ATV category. The cups and medals went to the same sportsmen that were the winners at the previous stage in Volgograd region, but the order have changed – Sergey Kudashev won the first place. The team of Farit Gubaev and Alexandr Smirnov (SSV Standard) have celebrated their first victory at Can-Am X Race. 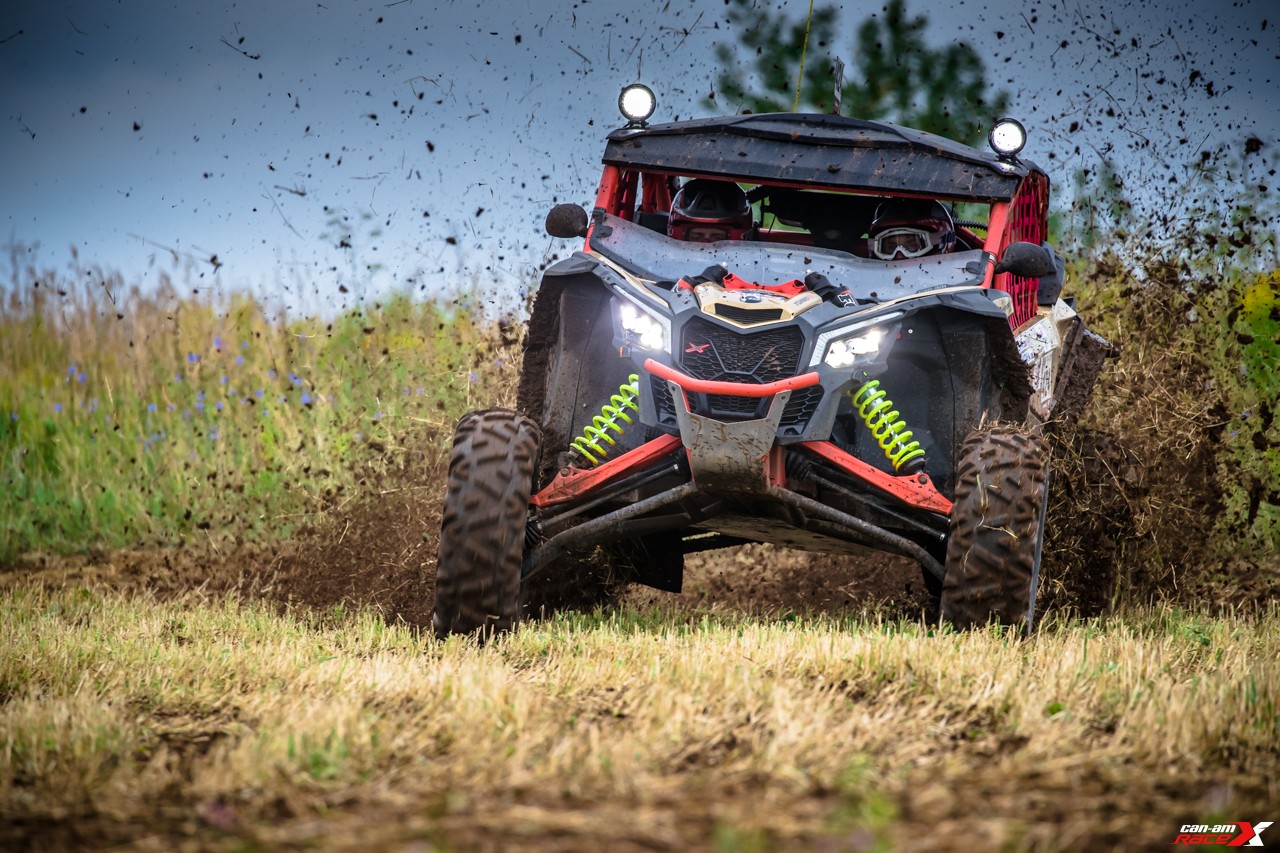 Timur Shigabutdinov/ Vitaly Evtekhov had to miss the first stage, but managed to get to the top of the podium in Udmurtia twice – as the winners in the SSV Sport category and as silver medalists of the Absolute class. Rais Minnikhanov / Vyacheslav Mizukaev became the winner of the SSV Super Sport category. The team of Artem Khairullin / Alexey Kuzmich turned out to be the fastest at the second stage of Can-Am X Race (Absolute class).

3rd Srage. Magnitogorsk: more than you could possibly imagine

Back at the time of discussion the final stage of 2018 was named the most difficult – it was awarded with the multiplying coefficient for a good reason. Chelyabinsk region as a location for the race have risen numerous wary comments at the presentation of the race in November last year: are we able to build the trail, how about the weather etc. The doubts have been vain: unbelievably beautiful places, 3D trail that have made everyone thrilled. Together with the traditional friendly atmosphere of Can-Am X Race the place have created a wonderful aftertaste that brings great memories about the race for the years to come. 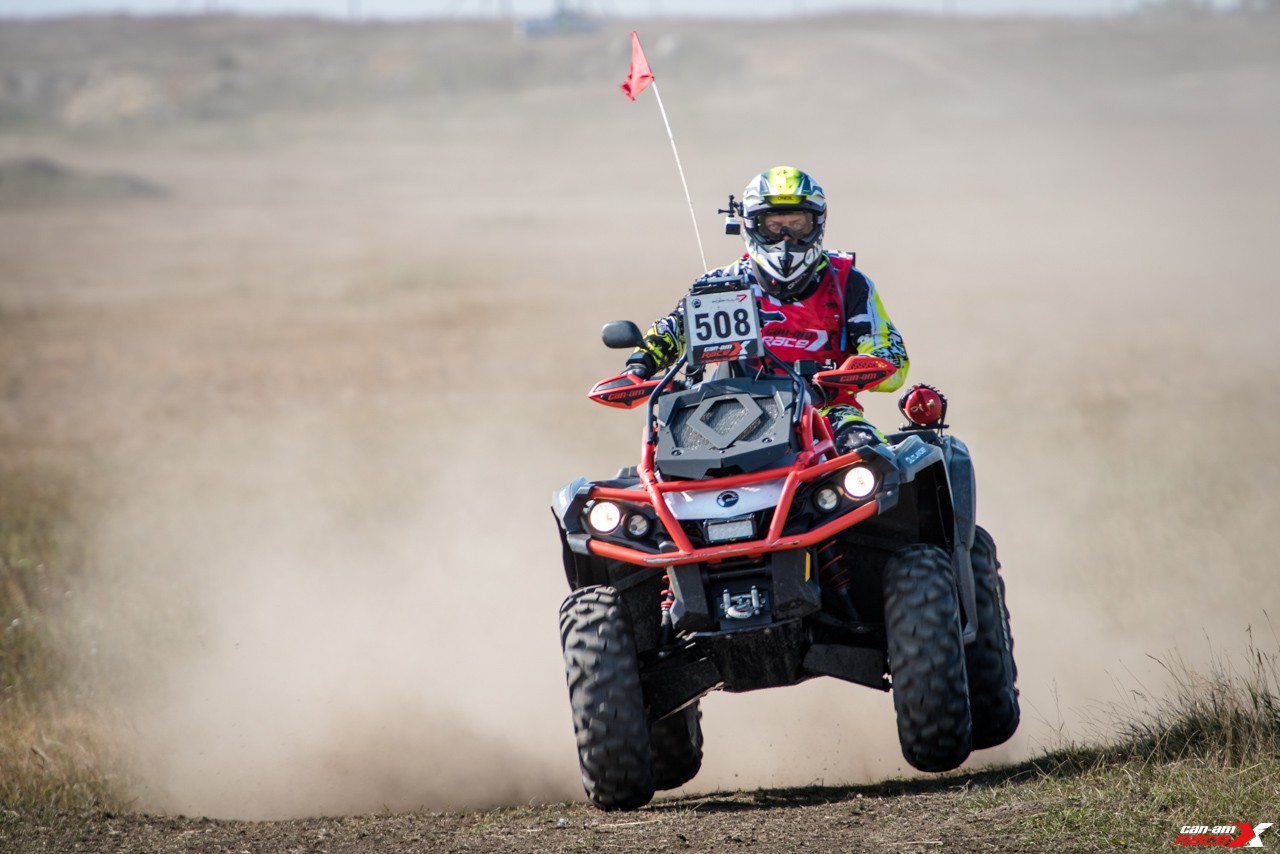 Right after the beginning of the race the leader of the ATV class have been announced to leave the race. Sergey Kudashev could not manage the vehicle during one of the turns despite the fact that the third stage of Can-Am X Race have been the home race for him. Vladimir Makeev became the leader of the stage – he was driving both accurately and fast.
Aidar Galeev became the winner of the stage in SSV Standard category – he was assisted by Taisia Shtaneva. Taisia have been the constant participant of the Can-Am Series since 2013, but up to this season she has been riding in ATV class. Finally, she has been awarded with the long-awaited first place. 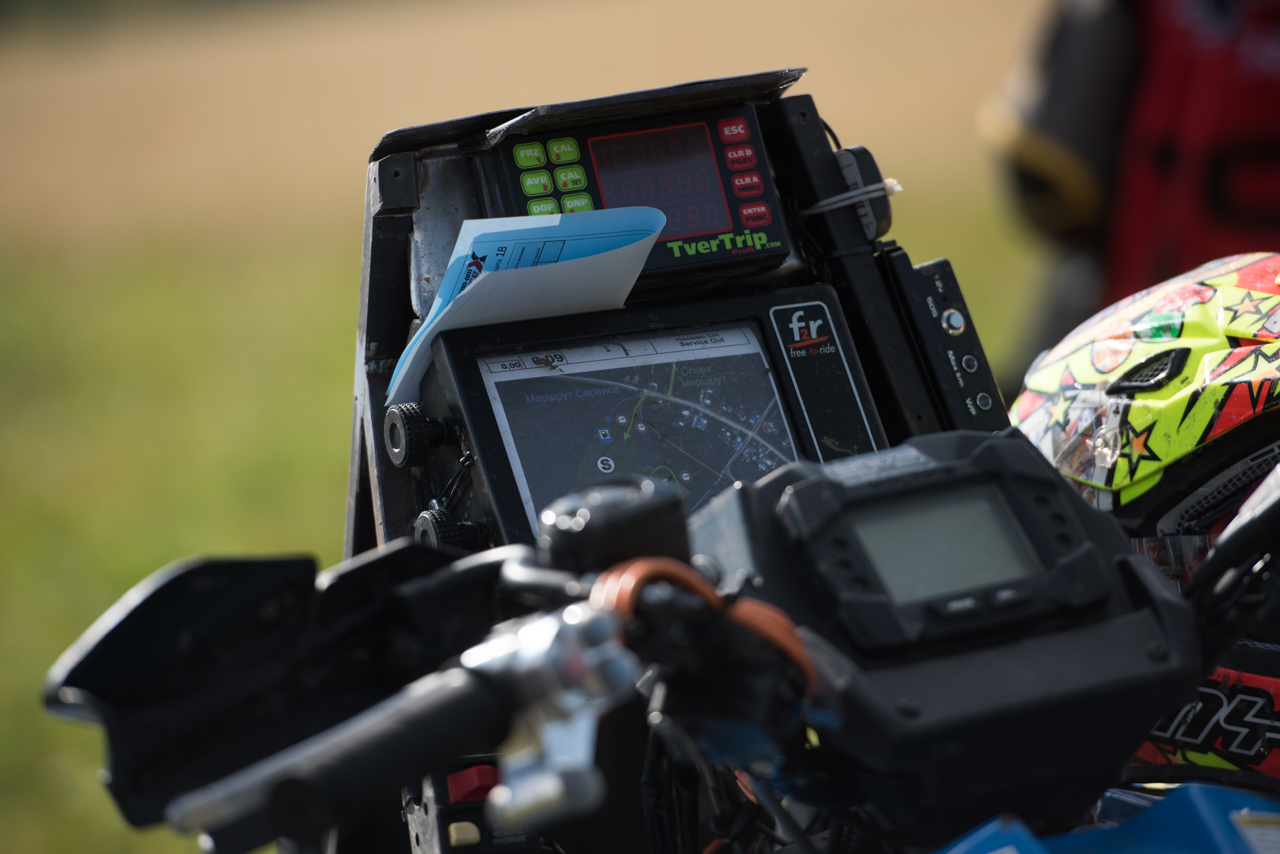 The winners of the third stage in SSV Sport category have got a huge surge of positive emotions and adrenalin. Ivan Stakheev / Andrey Stalash also have long record of participation in ATV series. For each of them this is a third category they are participating in at Can-Am X Race. Genuine emotions for the long-expected win that these sportsmen have shown after the results have been published have been shared by all spectators who have been standing next to them. 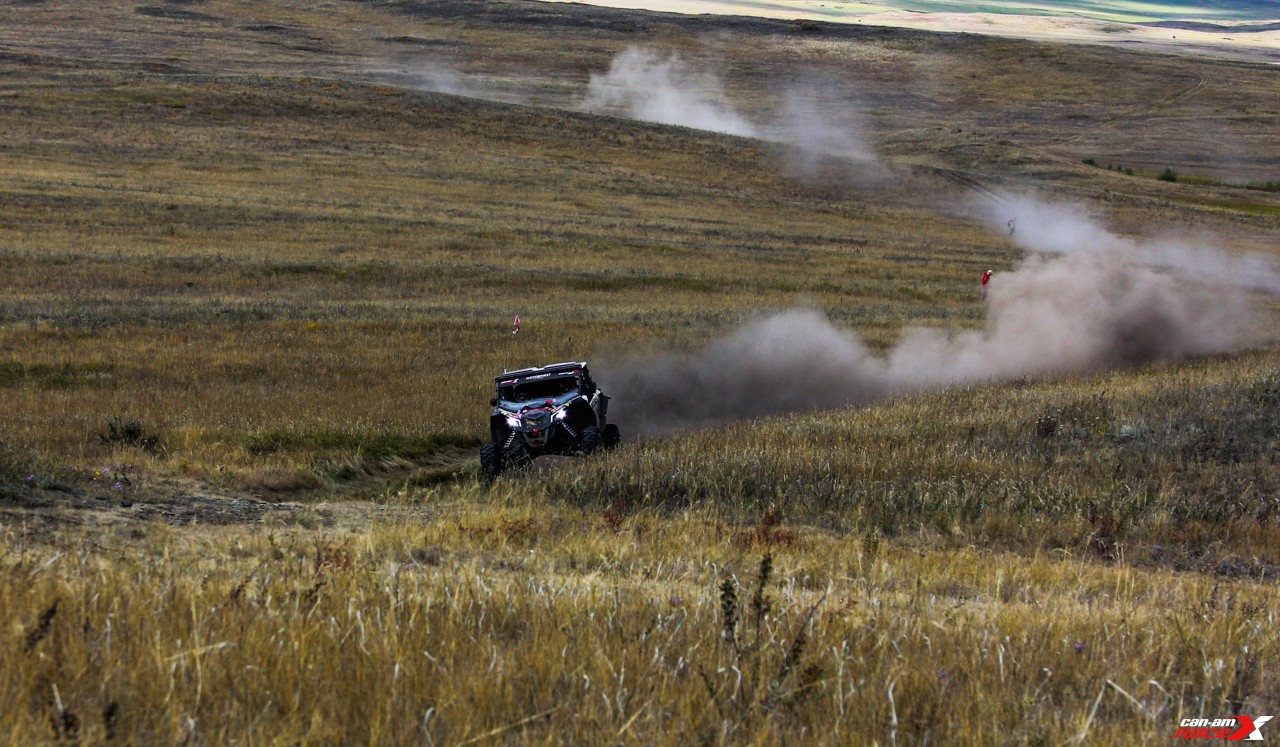 Only 3 teams have managed to complete the route of the third stage without a single minute of penalization (fine for breaching the Rules). Sergey Karyakin / Anton Vlasuk, the winners of the SSV Super Sport category, were among them. Irek Minnakhmetov / Kirill Shubin have been the fastest at the third stage of Can-Am X Race 2018 in Absolute class.

ATV group have finished the season without a winner. This have happened because Vladislav Malikov, who theoretically won the series, had seriously violated the rules. The rules of Can-Am X Race (p. 7.11. of the Rules of the Series) are prohibiting the use of any GPS-systems and devices apart from those handed out by the organizer (SMM, inReach). 2 days after the race have been completed it was discovered that Vlad had a smartphone on the dashboard. Only the sportsmen knew whether he have been using the prohibited software or not. The organizing committee of the series have decided to withdraw the title of the winner of the Open Off-Road ATV Series Can-Am X Race 2018 from Vladislav Malikov and deprive him of the cup, medals and prizes for unsportsmanlike behavior. 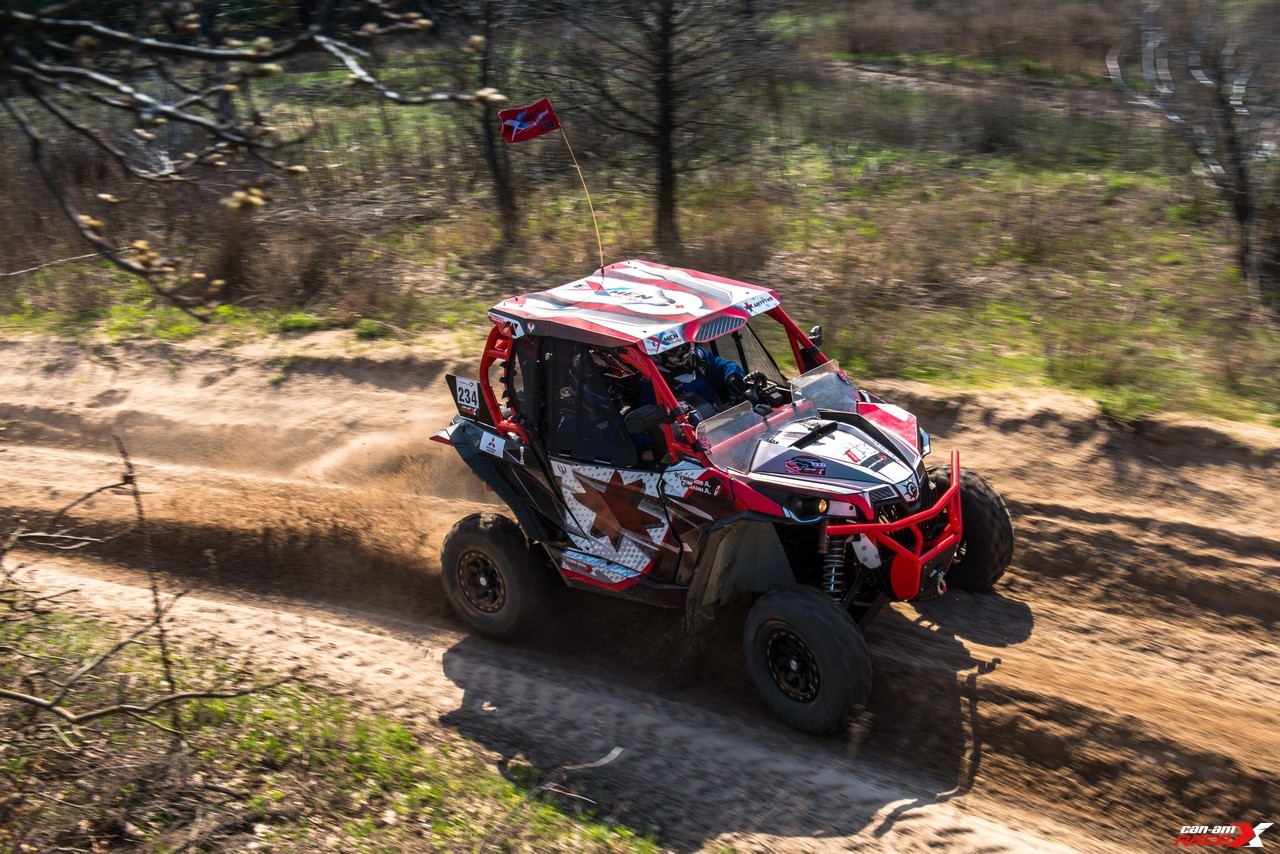 In SSV Standard we have been watching the traditional course of competition. Despite the misfortune at the third stage, the team of Anatoly Kuznetsov / Alexey Smolin have completed the season as the gold winners and now can move to a different category with a clear conscience. 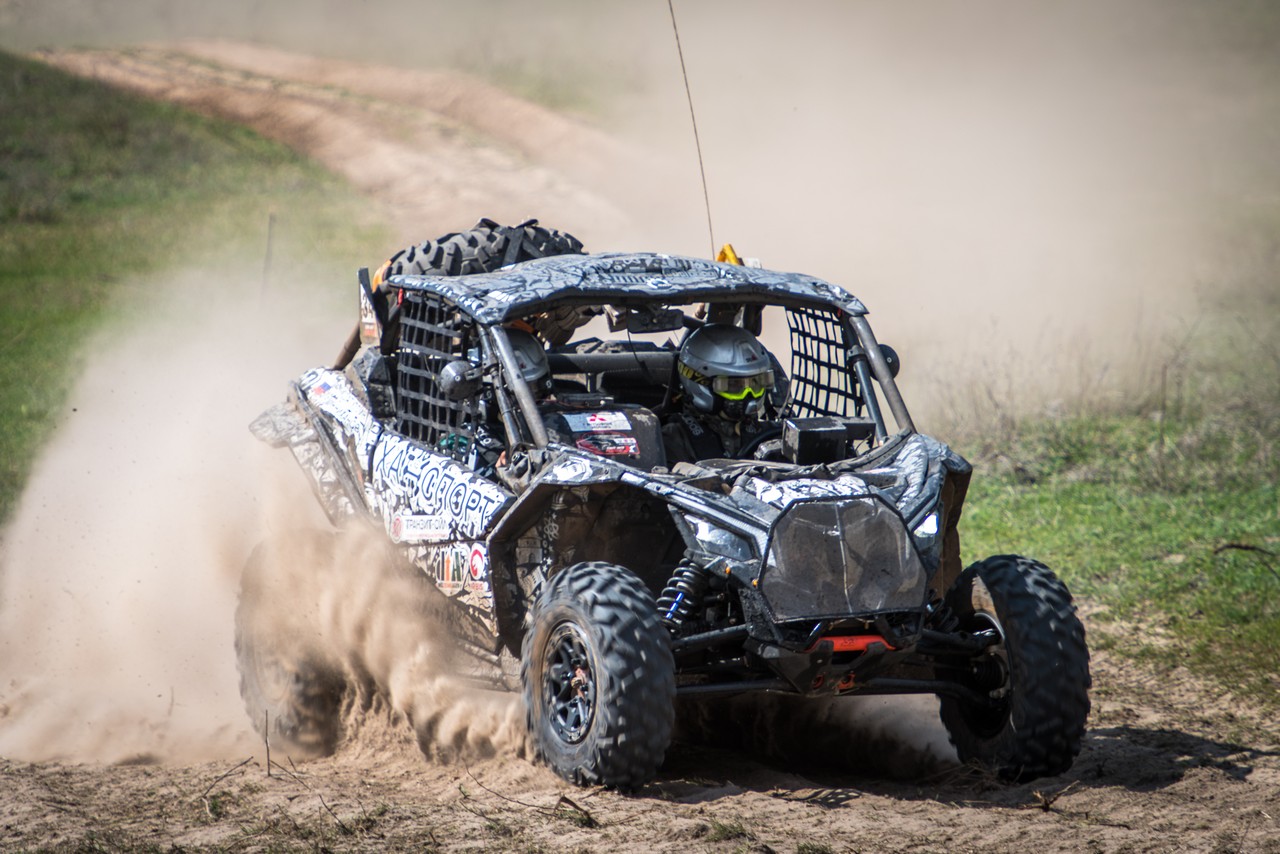 SSV Sport have also shown the historically correct results. Azat Minnikhanov / Ilnaz Gizzatullin have been racing long enough “just for fun”, as people are saying. But starting from the last season they have occupied the podium. 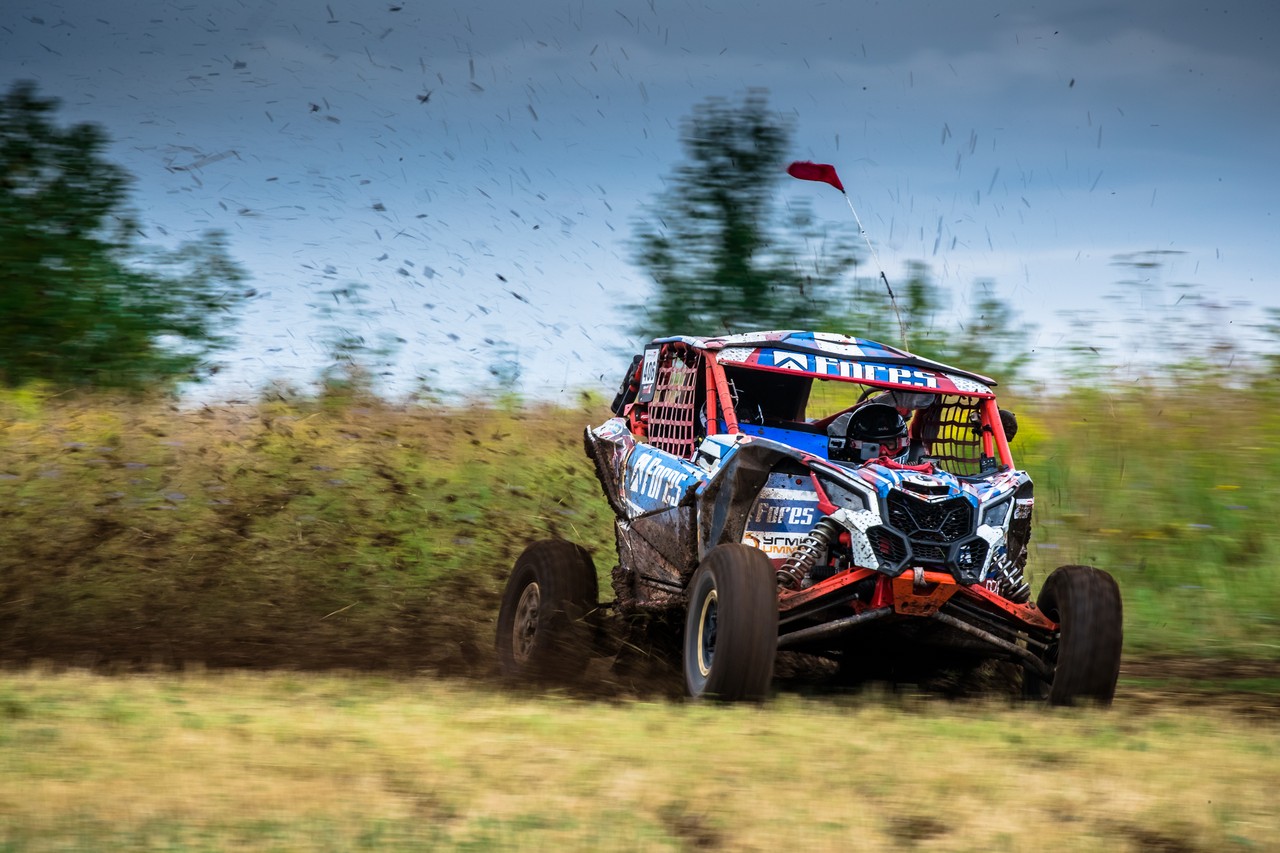 SSV Super Sport category was really on fire! At least 25 teams at each stage, including the winners of different competitions, world-known stars and just the strongest sportsmen. The competition has not been easy from the very beginning. Sergey Karyakin and Anton Vlasuk are celebrating the victory (as well as bronze medals in Absolute class). 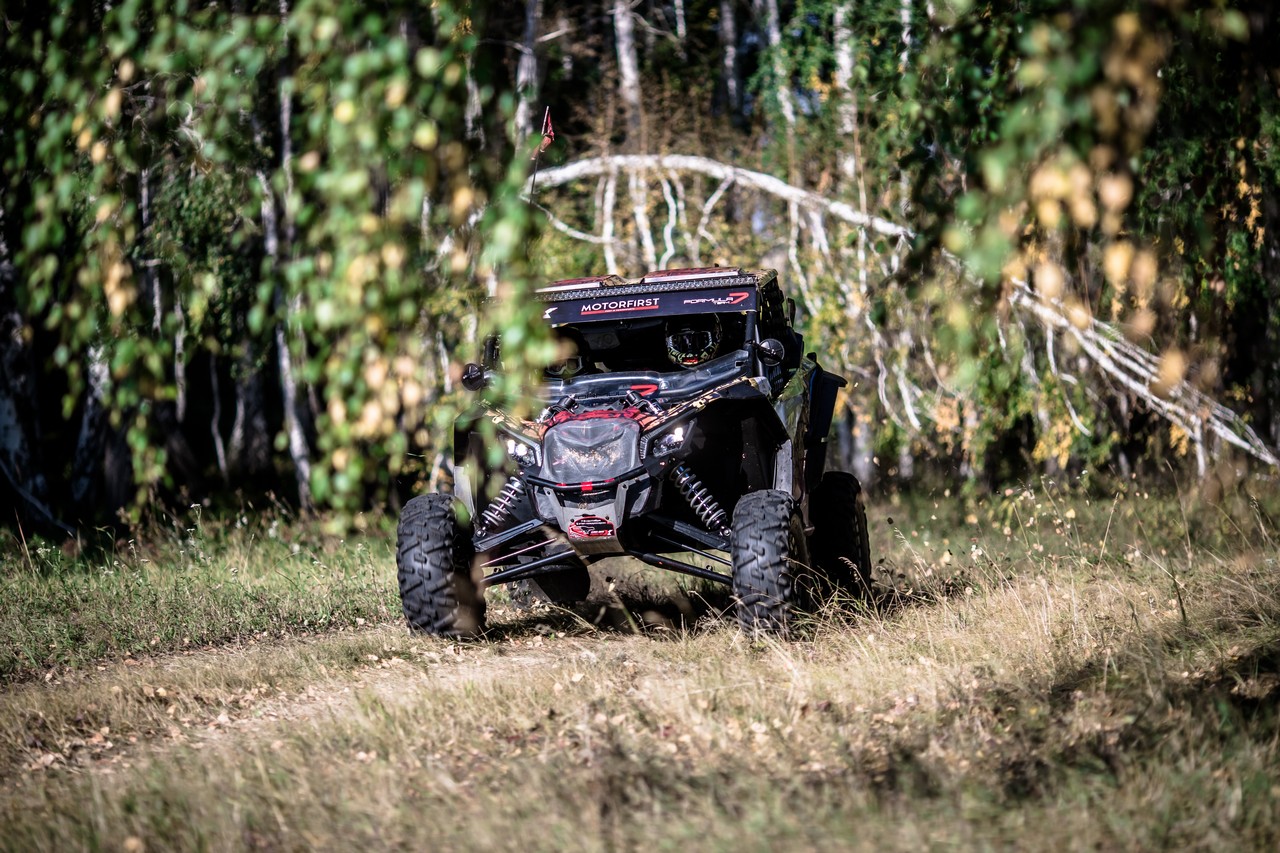 The team of Artem Khairullin / Alexey Kuzmich became the fastest in Abosolute class in 2018 season.

Diana Korshunova, the Head of the Organizing committee, have announced the plans for the next Can-Am X Race at the official awards ceremony of the third stage. The tenth season of the largest ATV and SSV race will consist out of 3 stages. The ATV series will start at on 7th – 9th of June in the capital of Tatarstan, then the participants will enjoy the beautiful trails of Karelia (26th – 28th of July). The final stage of the Can-Am X Race 2019 will take place on 6th – 8th of September in Astrakhan region that is so reach in sands.