On July 26-28, the 2nd stage of the Can-Am X Race open off-road quad-series, as well as the 3rd stage of the Cross-country Rally Russian National Cup in the T3 category was held in Karelia. BRP company is serving as the organizer and general partner of the rally series.

A total of 53 crews passed the administrative and technical checks this Friday, July 26. Nine participants attended the ATV group race. As during the first stage, the SSV Standard met the required quorum with 5 participating crews. Eight crews competed in the SSV Sport class. The largest and most technically demanding class, SSV Super Sport, brought together a total of 26 crews. The Adventure category, which brought together those new to racing, featured 5 participants.

The second stage of the Can-Am X Race 2019 was, first and foremost, a challenge for the drivers. The navigation was rather easy, as the navigators’ main task was to comment on dangerous road sections. If we compare this race to the previous Can-Am X Race stage held in Tatarstan, we can see the difference in the distance coverage speed. The roads in Tatarstan and Karelia were of similar length (at 465 km and 442 km, respectively). The 1st stage winners, however, covered this distance in 5:36:49, while the winning crew of the 2nd stage, featuring Sergey Karyakin and Anton Vlasyuk, took 4:58:03 to cover it. The Ivan Chagin/Ivan Bezdenezhnykh crew set the record for average speed in the special sections at 101.4 km/h (while the average speed in the special sections of the first stage was a “mere” 89.1 km/h). 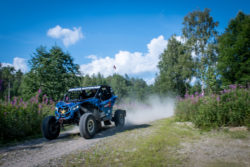 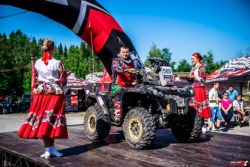 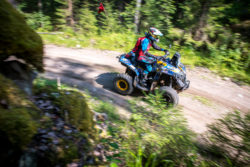 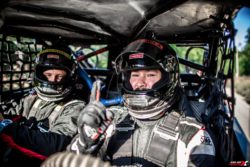 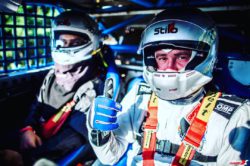 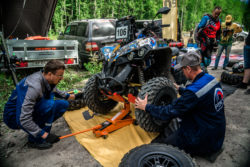 The route ran on Karelia’s forest roads, making it a brand new piloting experience for most of the participants. As route commissioner Sergey Talantzev warned, the extremely narrow road left no room for mistakes. It was easy to drive off the road by barely making a curve, while getting back after that was nearly impossible. That is the reason why 8 crews went down on the first race day. Only 32 out of 49 crews crossed the finish line.
ATV drivers had the hardest time, with only 5 out of 9 crews making it to the official standings. Evgeny Belyaev, from Syktyvkar, took first place with the best time. The runner-up was Vladimir Makeev from Penza, while Alexey Zverev from Rybinsk took third place.

The crew of Almaz Magfurov and Aleksandr Kuznetsov (Kazan/Ulyanovsk) won the SSV Standard race for the second year in a row. Rustem Akhmetshin and Georgy Gusev (Kazan) took second place, while Farit Gubayev and Alexander Chernov from Izhevsk came third.
Once again, Anatoly Kuznetsov got to praise his navigator Aleksey Smolin, who was responsible for the crew’s equipment, as the sportsmen from Udmurtia took first place in SSV Sport. The crew from Yekaterinburg featuring Artyom Vostryakov and Maxim Koreev came second, while Azat Minnikhanov and Ilnaz Gizzatullin from Kazan took bronze. 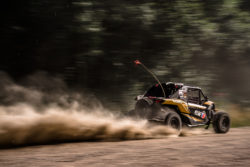 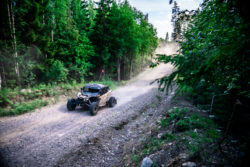 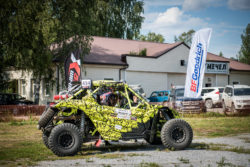 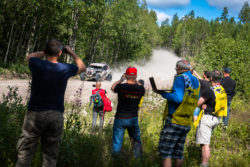 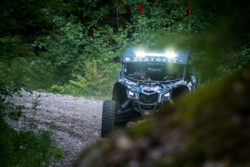 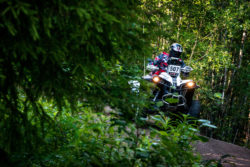 The Karelian stage of the race shuffled the official standings in the SSV Super Sport and Absolute classes like a deck of cards. Those who rejoiced with victory during the first stage in Tatarstan failed to make it to the winner’s list in Karelia. The Tyumen crew, featuring Alexander Gatiyatulin and Vladislav Kirpichnikov, took the stage three times. Apart from winning the SSV Super Sport and the Cross-country Rally Russian National Cup in the T3 category, they also came second in the Absolute class. It is a big jump for them: last year, the crew was among the last to finish, sometimes failing to make the list altogether. Sergey Karyakin and Anton Vlasyuk, from Yekaterinburg, won gold in the Absolute class and were the fastest crew in the 2nd stage of the Can-Am X Race 2019. In spite of failing to win any special section, the crew nevertheless showcased consistently high speed and a lack of technical issues, showing the best time in the entire stage. Third place in the Absolute class (which automatically includes the competitors from every class) was taken by the crew of Rais Minnikhanov and Vyacheslav Mizyukayev (Kazan/Naberezhnye Chelny). Crews of Muscovites Artyom Shumeiko/Aleksey Kuzmich and Aleksey Berdinskikh/Anton Panchekhin took the 2nd and 3rd places in the SSV Super Sport class, respectively.

Adventure is a new category for newbies to cross-country rally and to the Can-Am X Race in particular. Experienced drivers host workshops for the participants in order to share their expertise in reading pace notes, explain the special sections’ start and finish rules, and teach the subtleties of the navigation equipment. The list of winners and runners-up of the Can-Am quad series’ 2nd stage includes Evgeny Volodin and Boris Beznosenko from Bryansk (1st and 2nd place, respectively), and father and son Vladislav and Vladislav Arkhipov from Ryazyan (3rd place). 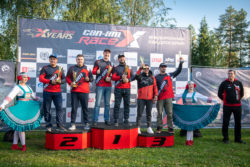 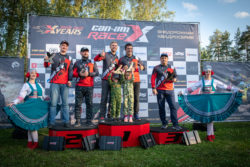 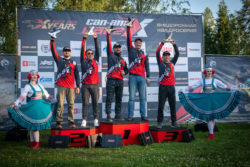 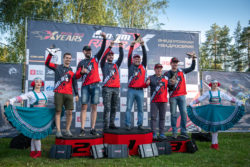 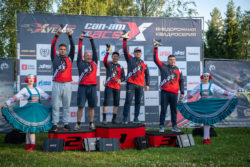 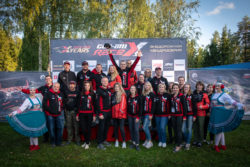 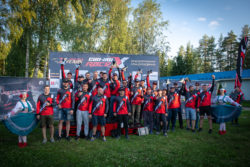 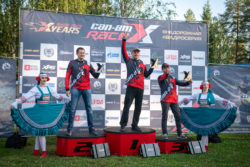 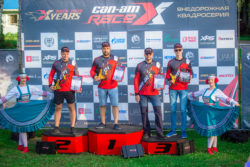 The Can-Am X Race creates an unforgettable atmosphere in its base camp, where strangers from different cities quickly become friends. This race is a grand mix of all sorts of emotions and experiences. For some, the Karelian race was the first they finished; for others, it brought a long-awaited victory, while yet others went down or faced technical issues. All these different experiences brought out emotions that will serve as a great incentive to continue moving forward. To prove to yourself and everyone else that you are capable of winning, validating your results, and fighting on. The next meeting of the Can-Am X Race 2019 participants will take place in Astrakhan Region between September 6–8.