On September 6–8, the 3rd stage of Can-Am X Race, the largest ATV & SSV competition, will be held in the Astrakhan Region. The race will also have the status of the 4th stage of the Cross-country Rally Russian National Cup in the T3 category.

The 1st stage of Can-Am X Race 2019 was held in early June in Tatarstan, then the caravan of participants moved to the North-West of Russia, as the second stage was held on July 26–28 in Karelia. And now, “for dessert”, a southern region – the Astrakhan region, well known to all fans of rally raids in Russia. The Astrakhan race will determine not only the competition winners, but also winners of the entire season – the final stage of Can-Am X Race have an increased coefficient of K=1.2. Those who could not demonstrate good results in the previous stages of the series will be able to catch-up here and now. Here, among the steppes and sands, a lot will depend on pilot skill, and the attention and experience of the co-driver are equally important, but only coordinated teamwork will determine the result. 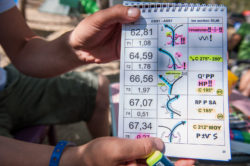 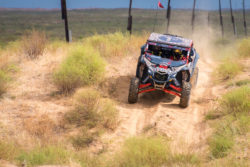 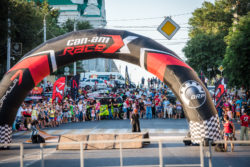 The competition will be held place in six categories. ATV racers are unified into ATV category, and according to technical regulations, the SSV group (side-by-side vehicles) is divided into 3 categories: SSV Standard, SSV Sport and SSV Super Sport. Adventure category was for rally-raid beginners – in this category, debutants learn to read the route log, work with navigation equipment, and become acquainted with the sports discipline rules. The Absolute category includes participants of all categories (except Adventure), and this is the only chance for last year’s winners and runners-up in the SSV Super Sport and Absolute groups to win a 2019 season cup (they compete in the classification in other groups).

The opening ceremony of the 3rd stage of Can-Am X Race 2019 will take place on the territory of the Astrakhan State Opera and Ballet Theater park ensemble on Friday, September 6. The racers will arrive “hot” – immediately after finishing the super special stage. On Saturday, September 7, the crews will start early and drive through four special stages (SS), and two more SS on Sunday. The total competition distance is 562.83 km. 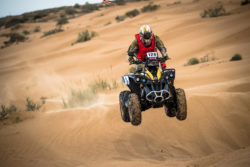 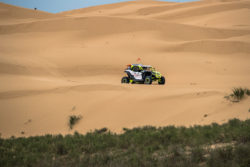 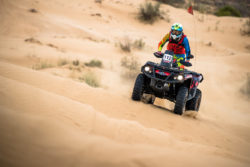 In order to drive these five hundred and odd kilometers, Can-Am X Race participants had to cover distances four or even five times longer. Participants from Omsk, the Komi Republic, Sverdlovsk region, Tatarstan, Moscow and other regions will get acquainted with the sands of Astrakhan, inspire the special steppe odor for the first time, feel the spirit of freedom, and race a completely new route. Racers from Kazakhstan, Ukraine, Belarus and Lithuania will come to the starting line of Can-Am X Race. About one hundred competitors applied to participate. And each of them is only aiming for victory.

Can-Am X Race pays close attention to compliance with safety rules. The vehicles participating in the race shall comply with the technical requirements of the series, and the contestants’ equipment shall conform with established standards. In addition, during administrative inspections, all crews receive mandatory navigational equipment that allows them to monitor competitors’ movements on the track in real time. In case of contingency, competitors will be able to report to the competition headquarters without delay. 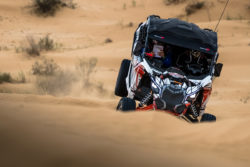 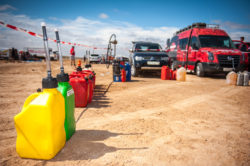 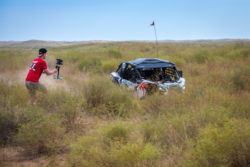 The 2019 season is an anniversary for the Can-Am off-road ATV series – the race has been held for ten years. During this time, about 600 ATV and SSV racers have participated in it; the Can-Am off-road ATV series was the starting point for Sergey Karyakin, the Dakar 2017 winner, Aleksandr Maksimov, two-time FIM World Cup winner, Fedor Vorobyov, a pilot currently leading in the FIA World Cup rally-raid table, and many other racers for whom ATV sports has become part of life. Can-Am X Race is not just a “cross-country race”; for three competition days, the camp area (base camp) turns into a small harmonious state where everyone is equal and ready to help each other at the first opportunity. This is a special atmosphere of freedom and joy, for which you could cover 3000 km. BRP Russia is the organizer of the Can-Am X Race off-road ATV series.

Results can be followed in real-time: links to online monitoring will be published on the race’s official site www.canamxrace.ru.