On September 6–8, the 3rd stage of Can-Am X Race and the 4th stage of the Cross-country Rally Russian National Cup in the T3 category were held in the Astrakhan region. 56 crews from Russia, Kazakhstan, Ukraine, Belarus and Latvia took part in the competition. BRP company is serving as the organizer of the rally series.

A stage of Can-Am off-road ATV series was held in the Astrakhan region for the fourth time. This sandy region is the best place in Russia for rally-raid fans to test the skill of pilots, the coordinated teamwork and, as it turned out, also the vestibular apparatus of co-drivers. Constant up and down motion, descents and ascents were difficult for those who had never participated in such sports. On the other hand, the burning passion of the pilots who for the first time ever stormed the “Bolshoy Brat” and “Afrika” dunes demonstrated that they would do everything possible to repeat this experience over again. 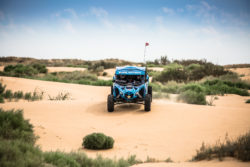 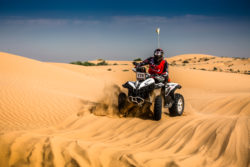 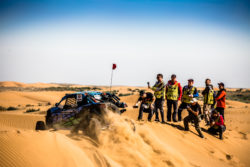 The Astrakhan stage lived up to the participants’ expectations and the organizers’ plans: warm weather, soft sand under foot and the most sincere hospitality. The sports part of the race started on Friday, September 6, immediately after administrative checks and technical inspections. The short super special stage (SSU1) determined the main race start order. In the evening, the opening ceremony of the competition took place on the territory of the park ensemble of the Astrakhan State Opera and Ballet Theater. Saturday, September 7, was action-packed – each crew had something to tell at the finish. Due to complicated and interesting direction finding, even experienced co-drivers with victories at international races were struggling in search of the right course. The final race table shows only the finish time, but behind each saved minute there is effort and dedicated work of the whole team. 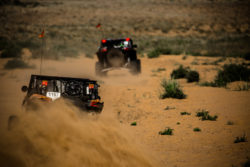 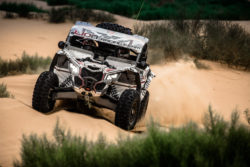 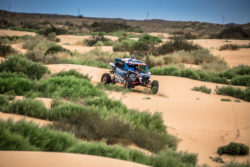 Usually, during long marathon races, the last special stages are practically irrelevant – the leaders are unattainable and drive calmly without taking risks. But at the Can-Am X Race, any delay or even a small breakdown could easily drop the crew down the standings. Saturday’s leader was the Irek Minnakhmetov/Evgeni Pavlov crew; they fell into a navigation trap on the sixth special stage and this did not allow them to get above the third place in the Absolute category. The winner in the most prestigious category is the Fedor Vorobyov and Kirill Shubin crew. By the way, this is the first victory for Fedor Vorobyov, who entered the Can-Am off-road ATV series in 2015. His co-driver, Kirill Shubin, has already fostered several winners and is rightfully named the “Honorary Teacher of Can-Am X Race”. The second place in the Absolute category was taken by the crew of Sergey Karyakin and Anton Vlasyuk, these racers did not miss a single Can-Am season and won in almost all classification categories. 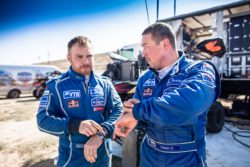 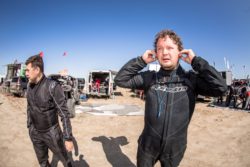 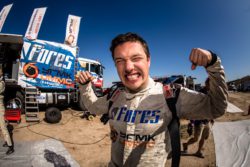 ATV drivers participating in the ATV classification experienced the most difficulties at the stage 3 route of Can-Am X Race 2019. The stage winner Vladimir Makeev finished the stage in ten hours. For comparison: Vorobyov/Shubin covered the same distance in seven and a half hours. Pilots and co-drivers at the same time, ATV drivers are always ready to come to the aid of an opponent, even to the detriment of their own result. The second in the ATV category was Aleksey Zverev from Rybinsk, the third – Ivan Reshetnyuk (Yekaterinburg).

In the SSV Standard category, only two crews out of five who started were able to cross the finish line. The best result with all i’s dotted and t’s crossed was shown by Farit Gubaev/Aleksandr Chernov, racers from Udmurt Republic. Rustem Akhmetshin and Yegor Okhotnikov (Kazan/Ulyanovsk) finished second more than five hours behind the leaders. 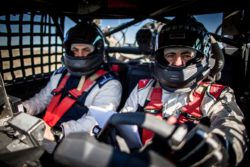 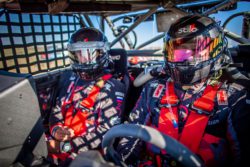 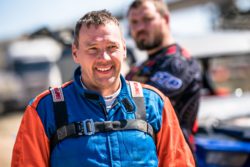 In the SSV Sport category, there was no such margin and the participants were competing closely. Timur Shigabutdinov and Vitaly Evtekhov (Kazan/Dnipro) took the first place in stage 3. Anatoly Kuznetsov/Aleksey Smolin (Votkinsk, Udmurt Republic) are the second this time. Artem Vostryakov and Maksim Koreev from Yekaterinburg came third.

21 crews participated in the classification of the 4th stage of the Russian National Cup. Fedor Vorobyev and Kirill Shubin are the first, Rais Minnikhanov/Vyacheslav Mizyukaev took the second place, and Sergey Evstratov and Dmitry Shishkin – the third. 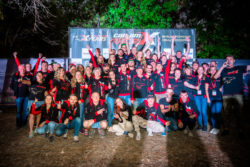 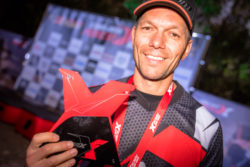 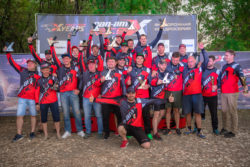 The tenth anniversary season of the Can-Am off-road ATV series is over. It included three different stages: hospitable Tatarstan, fast Karelia and breathtaking Astrakhan. At the awarding ceremony for winners and runners-up, the head of the Series’ organizing committee, Diana Boagi, announced the regions that will held the largest Russian quad race next year. But this is a completely different story.